The Belgian newcomer Super Dragon Punch!! released their first EP Shatter in October this year. They performed at BIMfest festival 2017 in Belgium after winning at Dark Demons Night. The band delivers the unique sound which can be described as a mix of of synth pop, future pop, EBM and electronic music influences. 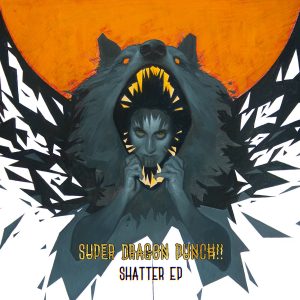 Shatter consists of 4 tracks which deliver raw energy, heavy beats, catchy synth melodies and powerful vocals. The opening track “Core” is the perfect dance floor material; rhythmic, dancy and melodic. However, they slow the pace with “Pure” which relies more on the beat than the melody. They create an intriguing atmospheric soundscape which will certainly catch your attention. The next number “Howl” is even more oriented to creating synth soundscapes. The track delivers the darker atmosphere than the previous tracks and it is my personal favourite. They leave one more dancy and vibrant number for the end. “Inspire” is the most synth pop-future pop oriented track on the EP. You will undoubtedly recognize its catchy chorus the next time you hear it during their live performance.

Shatter is the overture to the Super Dragon Punch!!’s first studio album which will be released in 2018. Stay tuned!