Vukovar is a new star on the alternative UK music scene. They were formed just in 2014 in the North of England. They name themselves as idealists, voyeurs and totalitarians. But you should really listen to their music to get a complete impression of what they really are about. As they are a mixture of styles, it is not so easy to label their work, as they really stretch in all directions, from alternative rock, indie, shoegaze, even being noisy, experimental and psychedelic at times, and all the way to some neofolk elements that can be heard too. 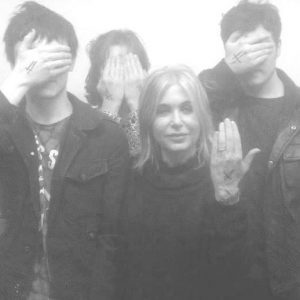 As far as the name of the band is concerned, if you wonder what Vukovar means, google for the Croatian city that was heavily hit during the war in former Yugoslavia from 1991-1995. Oddly enough, the UK band chooses that name and not without the reasons, but I guess you would need to ask them for the full explanation.

Their first record Emperor, released in July 2015, is available on Small Bear Records in a wax-sealed CD. Voyeurism (their second LP released on 31st of May 2016) is available on Small Bear Records in a velvet bag packaged CD. It is the follow-up to last year’s acclaimed debut Emperor, an album that many of the more discerning music blogs rated as one of 2015’s best records.
Voyeurism was first thought of as an alternative soundtrack to a film that hasn’t been made yet: The Duke Paolo And Little K.

They recorded their third record Puritan with Small Bear in May, who are producing it. They’re also working on a covers album called Fornication which they’re going to release on their own publishing imprint thing (The Brutalist House) in a very limited edition cassette. 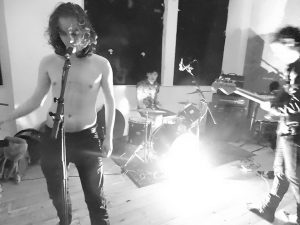 Voyeurism can be downloaded now on a name-your-price basis from https://vukovarsmallbear.bandcamp.com/album/voyeurism, with a special sleazy velvet bag encased limited-edition CD also available.
There is also a list of all up-coming shows on there.

Whereas Emperor was conceived as being Vukovar’s ‘pop’ record, Voyeurism is a darker affair, uncompromising and bleak in places, yet still pretty accessible. Think White Light era Swans rather than Filth era Swans (though obviously they love both).